He had just been appointed Company Solicitor for Alliance & Leicester Commercial Finance plc after 9 years in the legal team of Capital Bank plc when the Data Protection Act 1998 arrived. As well as manage and deliver the legal needs of a fast growing asset finance business he also had to design and implement a data privacy programme from the ground up.

Ten years later he joined Halliwells LLP to set up the asset finance offering within the Banking team. In 2007 he left to set up his own consultancy business specialising in data privacy.

Since then he has been consulted by Life Science companies for extended periods of 12 and 14 months in relation to their UK, pan-European and AsiaPac facilities, worked out cross border data transfer solutions and EU-US data transfers and handled a wide range of commercial issues.

In 2017 he wrote a paper on the destructive effects on corporate value of non-compliance with GDPR which resulted in him being appointed Special Consultant on GDPR to a Global Accountancy firm. He has worked with a global women’s healthcare organisation and its charity arm, a Fintech, a broad based Financial Services business, a five star internationally renowned hotel and a global agency of the UK Government in relation to its GDPR plans amongst others.

Ian says his strategic experience as Company Solicitor and twenty years on the FLA’s Legal Committee have been invaluable. Since 2011 he has also acted as Legal and Compliance director for a business working with the Public Sector in relation to its asset finance needs where he created and negotiated VAT recoverable Managed Equipment Service agreements for NHS clients, the largest being a National Cancer screening service worth £70 million.

His unique blend of GDPR and Asset Finance skills saved a £40 million finance deal structured as a sale of receivables stream into a bankruptcy remote SPV which was to issue loan notes backed by consumer credit finance agreements. He was part of a team called in to do due diligence prior to going to market. Ian found that the first piece of financial engineering destroyed the legality of the onward data flow. The Magic Circle firm which had created the finance and GDPR documentation accepted his finding that the flaw existed but were reluctant to do so as it struck every securitisation and receivables transaction they had advised upon. It was readily solved – the skill was in spotting it. 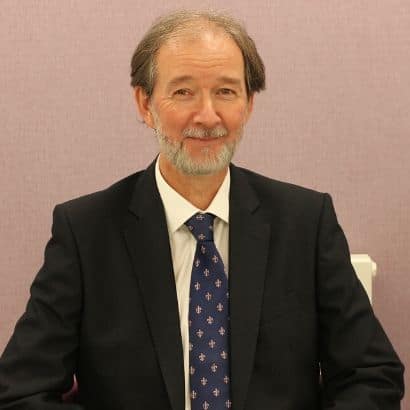